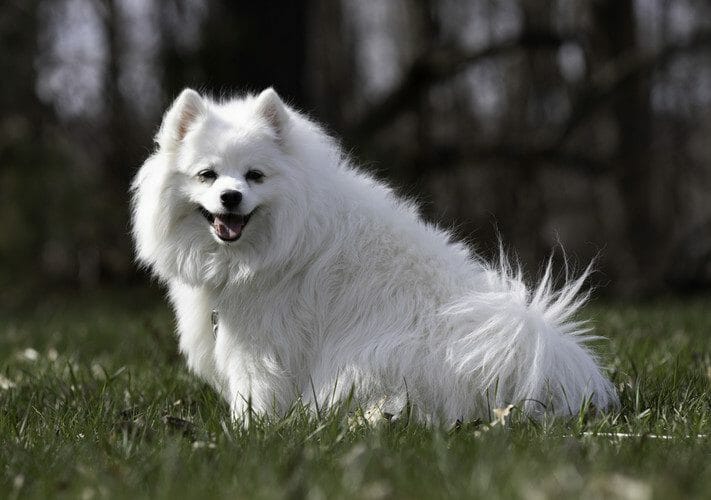 The American Eskimo Dog is happy, alert, and friendly and likes to keep busy. Owners will often get more than one so each dog has company. Providing a constant source of activity and entertainment is important as boredom can be an issue.

American Eskimo Dogs (also known as Eskies) are canines who have a lot to say. If this active breed is not busy barking, yowling, or mumbling, they like to keep their mouths busy by chewing. Having a ready supply of their favorite chews and toys will help save furniture and shoes.

As the American Eskimo Dog gets older, the breed will generally favor being cuddled and petted more than spending time playing. Overall, Eskies are good with cats, other canines, and children. That said, it is important that no dog be left unattended when small children are present. 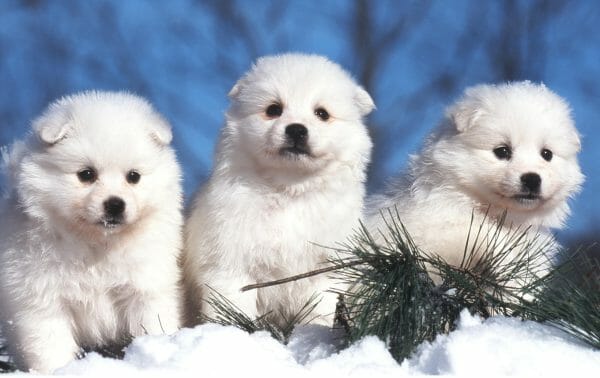 This stunning canine has a foxlike face, pointed ears, a tail that arches over their back, and an abundant white coat. Like the Poodle, American Eskimo Dogs come in three different sizes: Standard, Miniature, and Toy.

The American Kennel Club officially recognized American Eskimo Dogs as a breed since 1985.  In terms of height and weight, these are the breed expectations:

American Eskimo Dogs have fluffy white or biscuit double coats that consist of a long outer coat and a shorter, denser undercoat. Due to the oily nature of their skin, their coat is remarkably easy to keep clean as dirt does not tend to stick to it. However, these canines constantly shed. Eskies are not hypoallergenic and will not be a suitable pet for anyone that has an allergy to dander. 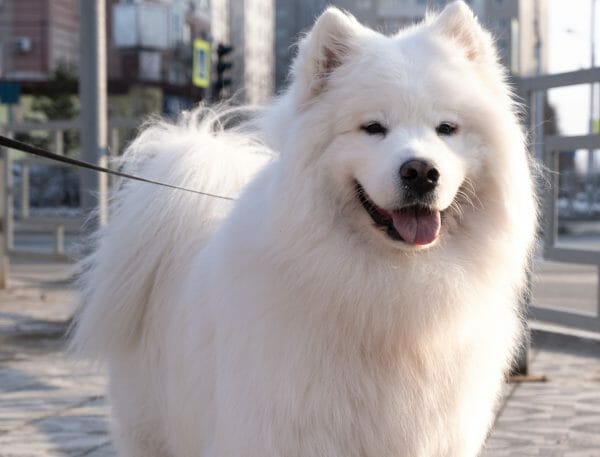 History of the American Eskimo Dog

The American Eskimo Dog is not actually from America or the Arctic regions. This gorgeous breed originated in Germany and are descendants of the German Spitz, a breed that was once commonly used to guard and herd livestock.

Around the turn of the last century, German immigrants moved to the United States, particularly in New York. They brought the German Spitz with them. As a result of anti-German sentiment around World War I, the name of the breed was changed to American Eskimo Dog.

Following World War I, the breed found popularity performing in the circus. Known for their agility, the famous Barnum and Bailey Circus even featured an Eskie that could walk a tightrope. Because these canines were such a hit in the big top, American Eskimo Dog puppies would often be sold after shows.

Many of the American Eskimo Dogs in people’s homes today are directly descended from those original circus performers. These days, the breed is widely regarded as a companion dog. 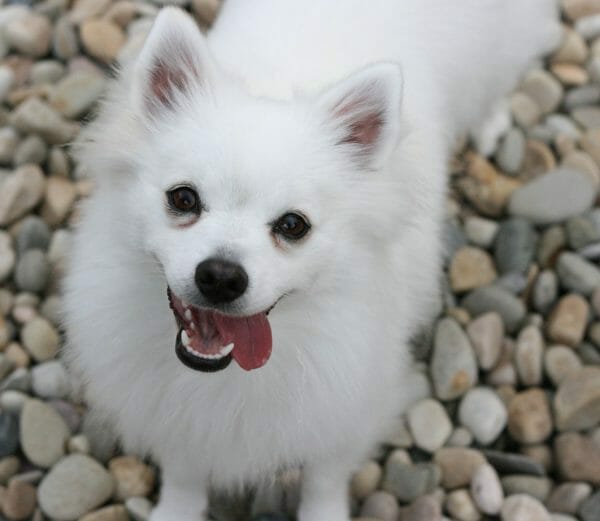 Although the American Eskimo Dog and the Samoyed look very similar at first glance, there are a few differences:

Despite these differences, both breeds have loving and social personalities and make wonderful companions.

With such profuse coats, grooming is important for the American Eskimo Dog. Brushing is required a few times each week to ensure all the dead hair is removed from the coat. This will also prevent any matting, particularly behind the ears. Excessive bathing can irritate the skin, so it is recommended that these canines be bathed once every few months.

As with all dog breeds, an Eskie’s nails must be regularly trimmed. Owners should also regularly clean the ears to prevent ear mites and ear infections. 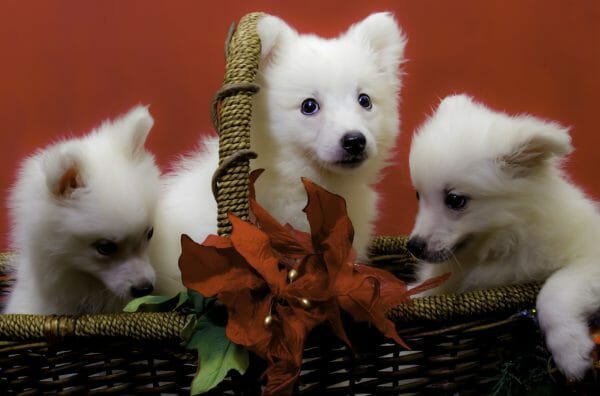 As the American Eskimo Dog is known for agility, enrolling these canines in a training class will be beneficial. Obedience and agility classes will not only help teach the dog desired standard of behavior, it is also a fantastic opportunity for them to gain social skills and learn how they should be around others.

Eskies are a highly intelligent, trainable breed and are therefore quick to pick up new skills and continued training activities will help stimulate them. However, separation anxiety can become an issue. If a dog is left alone for prolonged periods regularly, problematic behaviors may develop.

Regular activity is not only important for the general health of this breed, but it is essential for its mental well-being. Eskie owners should be aware that these canines will need to be walked daily.

In addition to regular walks, it is suggested that these canines be given lots of mental challenges to keep their minds occupied. When an American Eskimo Dog is left to its own devices without adequate stimulation, destructive behaviors may arise. 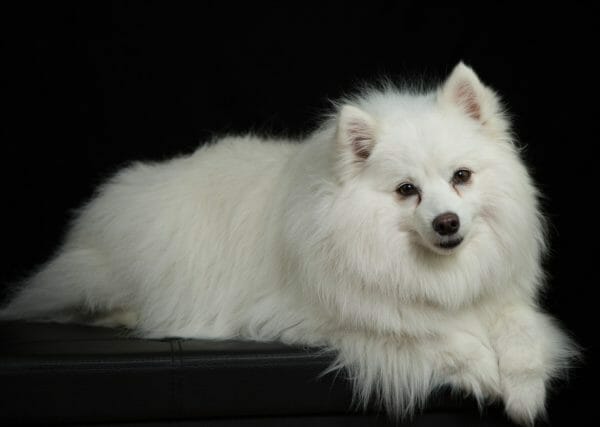 When looking for any dog, it is always far better to adopt than to buy from a breeder or pet store. Due to the level of activity required by this breed, some owners end up putting perfectly healthy canines up for adoption in animal shelters.

Unfortunately, many shelters will euthanize healthy animals if they don’t find their forever home quickly enough. For this reason, look for a no kill shelter. Rescuing a dog from a no-kill shelter will also always be cheaper than buying one and will help ensure that a healthy dog finds a loving home.

Before taking on the responsibility of owning a dog, it’s always important to understand any health concerns associated with the breed. Although American Eskimo Dogs may not always develop the health conditions described below, being aware of potential issues will ensure that adequate insurance can be taken out to cover any veterinarian bills that may arise from their care.

In addition, all canines should receive regular check-ups at the vet and be given all core vaccines, such as those for rabies and parvo. Preventive medications for heartworm, fleas, and ticks should also be provided throughout a canine’s life.

Common health concerns with the American Eskimo Dog may include: