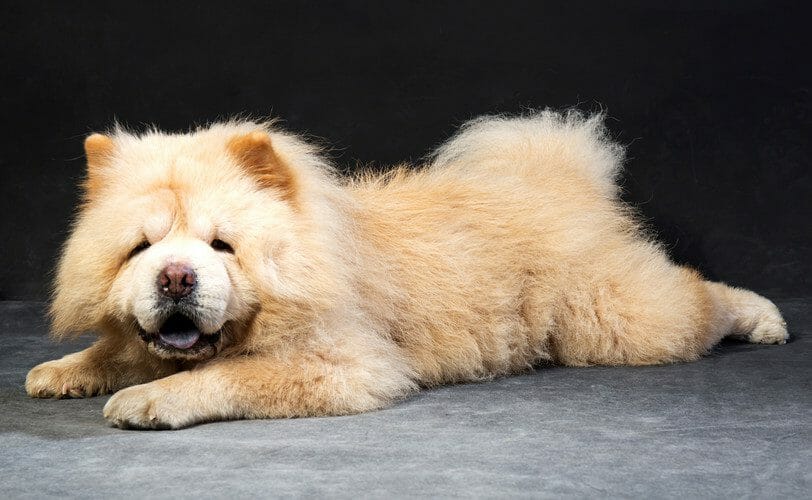 The Chow Chow dog breed dates back thousands of years to China. Some think this dog breed might be the oldest canine on record. Whatever the case may be, this long-standing breed continues to win over the hearts of people around the world.

Sometimes known simply as a Chow dog, these dogs walk with an air of sophistication and decorum. Careful about who it can trust, these dogs may take its time warming up to people. It often eyes strangers with suspicion, which incites it to remain standoffish and unconcerned. However, with its family members, this pup will love unconditionally. It remains a faithful and loyal protector of its family forever.

The Chow dog’s rather serious temperament allows it to take its job as protector very seriously. Special effort should be put into consistent training in obedience and socialization. These canines have an independent side that may lead to reluctance in behaving orders. All in all, when trained well, these canines will often prove to be calm and intensely devoted to caring for its family.

Well-built and compactly muscular, the Chow Chow has a distinctively poufy look. Mountains of fur from its double coat often obscure some of its features, giving it a bouffant, folded appearance.

The dog’s solid and short legs carry its squarely-shaped body. Its furry tail coils over its backside. Its substantial head is surrounded with large tufts of fur, closely resembling that of a lion’s mane. Its flat, scrunched up face is usually covered in wrinkles. Its small, droopy eyes often get lost in the thick tresses of fur.

Another eye-catching feature of this dog breed is its rare, dark-colored tongue. A Chow Chow’s tongue may be blue-black in color. According to one tale, when the world was created, the Chow was allowed to lick up pieces of blue sky that fell to earth when the stars were placed in the sky. However, the scientific reason is that the tongues in this breed simply have more pigment cells in the tongue. As they age, they can lose the pigmentation.

Chow Chow puppies are born with pink tongues that begin to slowly darken as their eyes open. Almost all Chow Chow puppies have blue-black tongues by the time they are 6 months old. The only other dog breed that shares the this distinctive tongue color is the Chinese Shar-Pei.

The Chow dog’s medium-length, double fur coat may be either fuzzy or smooth in texture. Seen in copious amounts from its head to its tail, the coat frequently comes in one of the following colors: 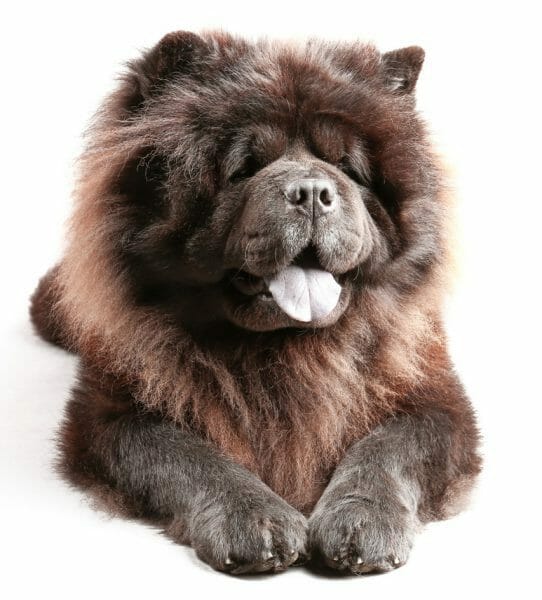 Regarding its history, some historians have hypothesized that the Chow Chow dog breed has been in existence since before the inscription of the Bible. Dating back to around 200 B.C., the earliest records detail this dog breed as having origins in China beginning during the time of the Han Dynasty.

Initially acting as a close companion to the royalty and nobility of the Orient, those canines later held several different positions. From guardian to hunter, they were even recorded as working in the fields or hauling crops. Experts regretfully note that they may have been used as a food source for hunger-stricken nations in times of depression. Many point to this being the origin of their unique name, with the word “edible” translating to “chow” in Cantonese.

As the 1700s came upon the horizon, British tradesmen brought this dignified dog breed to the United Kingdom from their homeland of China. According to hearsay, after Queen Victoria observed the dogs at an exhibit in the London Zoo, she instantly fell for the fluffy animals. The queen’s admiration sparked an enthusiasm for the breed that spread to the Americas, and demand for the breed skyrocketed there. It was not before long that the Chow Chow landed on the shores of the New World in the late 1800s. The American Kennel Club (AKC) formally admitted the breed in 1903. 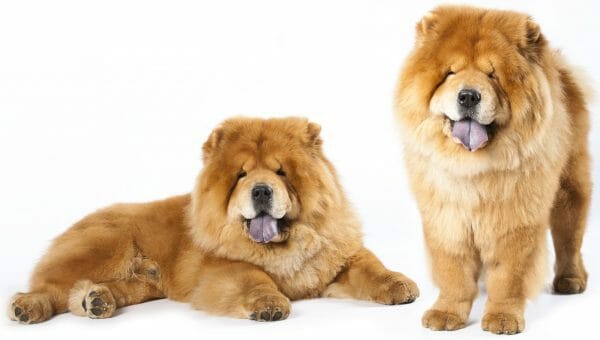 How to Care for a Chow Chow

Due to their thick double coat, thorough brushing should be done at least twice per week. Monthly baths are also recommended to help prevent excessive matting and shedding. Regular baths and grooming will help keep the coat healthy.

A Chow Chow tends to shed moderately throughout the year, with especially heavy shedding occurring in the spring. Particular care should be taken to check its eyes, ears, and dense fur for any parasites, such as fleas or ear mites.

The Chow Chow dog breed needs daily exercise. A long walk or extensive playtime will usually suffice. As for training, it is important to begin training a Chow Chow dog during puppyhood. Any propensity for stubborn behavior will need to be redirected through appropriate training in obedience and social skills. Otherwise, a Chow dog puppy will grow up ill-mannered and needlessly willful. 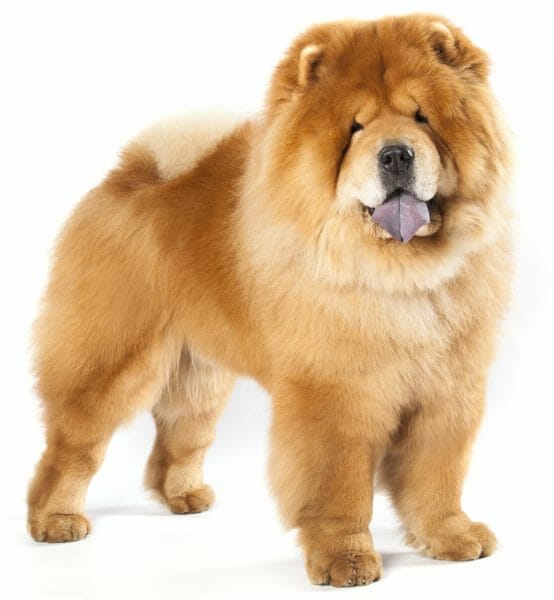 A high-quality diet of low-grain food is advised for this dog breed. Scraps from the table and treats should only be given on rare occasions. Allergies are often a common concern with these canines, so care should be taken to regularly check for any adverse reactions (such as pyoderma), especially if a new food has been introduced to the diet.

The average lifespan for a Chow Chow is approximately 8 to 12 years. This approximation may be lower or higher, depending upon the level of care and overall health. Special care should be taken not to allow this dog to overheat in humid weather. Its flat face and nose make it brachycephalic. This means it is harder for it to circulate sufficient oxygen in hot weather.

In addition to this, the listed health conditions are often with relative frequency:

The AKC recommends that the Chow Chow receive early medical screenings to ensure good health into old age. In particular, screenings (such as those of the joints, eyes, and endocrine system) should be conducted.