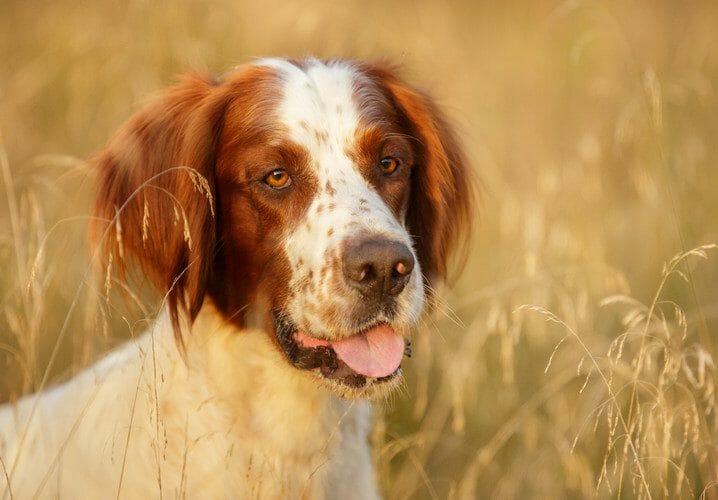 The beautiful Irish Red and White Setter is a dog breed that is far less well-known than its cousin, the Irish Setter. So much so, that, in recent years, these dogs faced extinction in many parts of the world, even in Ireland where the breed originated.

A remarkably friendly dog, the Irish Red and White Setter temperament is something that is worth noting. Energetic and loyal, these canines require lots of exercise and outlets for their boundless energy or they can become destructive. Because of their tendency to become rambunctious when playing, they are best suited for a household with older children. In addition, they need plenty of room to run so they will not do well in a small house or apartment without a large yard.

These canines make excellent watchdogs but lacks the protective instincts of a true guard dog. They typically get along with other dogs but may need to be raised with a cat in order to accept it.

Intelligent with a keen sense of smell, these dogs will thrive in an active family who can provide the exercise they require every day. Irish Red and White Setter puppies mature slower than many other types of dogs, so expect them to be more playful until the age of three or four. 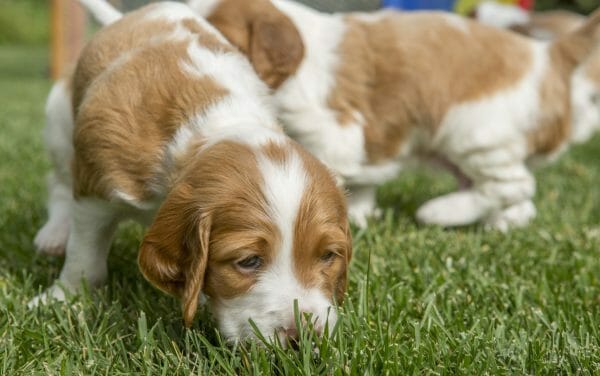 The Red and White Irish Setter is an athletic medium-sized dog with a powerful appearance. Sinewy and solid, the dog has an athletic and aristocratic air. The breed is stockier and shorter in comparison to Irish Setters.

A healthy male Red and White Irish Setter will stand between 24 and 26 inches tall, while females are a little shorter, standing at 22 to 24 inches. The average weight for these canines is between 50 and 75 pounds.

When these canines were used in the field for hunting, their distinctive coats were what made them easy to track. As the name suggests, the beautiful medium-length silky white coats with large patches of red are what makes this breed stand out. 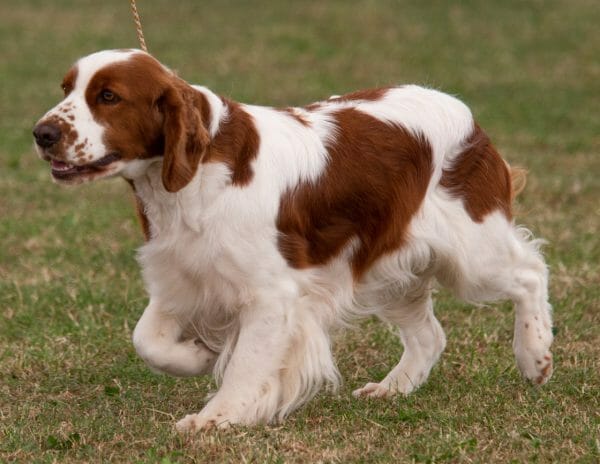 The Red and White Irish Setter preceded the all-red Irish Setter and was found in Ireland as early as the 1600s. Primarily used as hunting dogs for birds, these dogs would scent the air to identify the presence of game birds. Once spotted, the dog would freeze in position either standing or in a crouch before creeping silently forward to scare the bird into flight.

After the bird had taken flight, the hunters would release falcons or hawks to catch the game. Over time, the birds of prey would come to be replaced by nets. However, Red and White Irish Setters would still be used to help spot the game.

When shooting game birds became a popular sport for the landed gentry following the invention of gunpowder, these canines continued to be used in this way with one slight difference—it became essential for the dog to remain perfectly steady and in place whenever a gun was shot.

In the late 19th century, the Red and White Irish Setter fell out of fashion, and the solid red varieties became more popular. This led to the breed nearly becoming extinct. Following the Great War, attempts were made to revive the fortunes of the breed.

Despite these efforts, numbers were low throughout most of the 20th century. It wasn’t until the 1960s and 1980s that these dogs were imported to Great Britain and the United States and began to make a comeback. 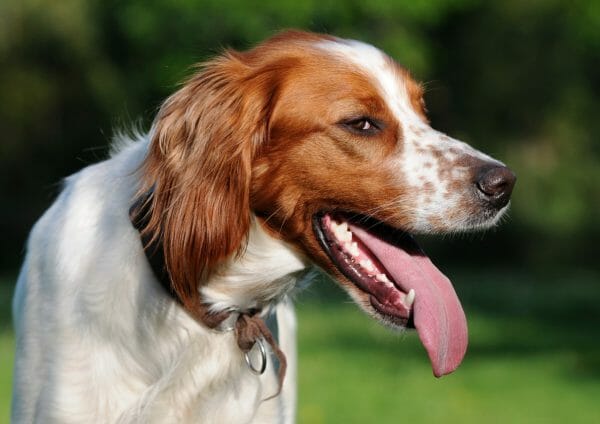 With a coat that sheds dirt easily, it is not always necessary to bathe these canines. Moderate hair shedding should be expected, and owners are advised to brush or comb the Irish Red and White Setter roughly twice a week.

A good grooming routine should also include trimming the dog’s nails as required and brushing its teeth frequently using toothpaste approved by a vet. Keeping the dog’s ears clean will also help to prevent ear infections and ear mites. 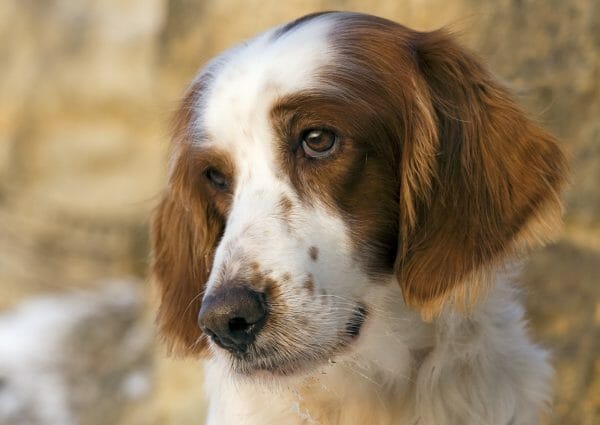 These gundogs are not easy to train. However, the breed has always been known to be a hard-working hunter capable of developing the ability to react promptly to its owner’s every command. As with many breeds, starting training early is essential so that the best results can be achieved. Irish Red and White Setters respond best to short bursts of training, as well as a firm and confident voice.

Enrolling the dog in obedience classes and using positive reinforcement techniques are excellent ways of helping owners realize the full potential of this breed. Avoid using a harsh tone of voice or discipline when training as these canines will not respond well to this approach.

Because of its size and weight, it is important to ensure an Irish Red and White Setter is not allowed to jump on people. Teach the dog to heel and wait patiently around other people.

Without regular exercise, these dogs can become reckless, high strung, and difficult to manage. Given their high degree of energy, it is important that Irish Red and White Setters are given plenty of opportunities for exercise. Ideally, this dog will need at least an hour of exercise each day. They are known to make excellent hiking companions. However, be sure to provide preventive flea, tick, and heartworm medication. 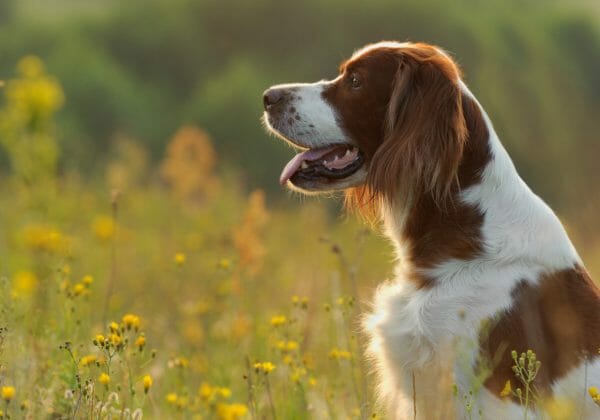 Overall, Irish Red and White Setters are a healthy breed. The average lifespan of the Irish Red and White Setter is between 10 and 14 years. Regular check-ups with a vet and providing all necessary vaccines (such as those for rabies and parvo), will help to keep these canines in top shape. However, there are four potential health issues that are known to affect the breed.

Efforts by breeders to eradicate hereditary conditions mean that instances of CLAD and VWD are now very rare.